Myth: Root canal procedures are a horrific experience that will cause you terrible pain.

Truth: Root canals are not horrific at all, and they actually relieve the pain from severe toothaches!

In fact, root canals are not even a particularly complex procedure. Modern technology, techniques, and tools all allow us to perform root canal treatments with minimal difficulty.

What is a Root Canal?

The root canal is a portion of your tooth that contains sensitive tissue and nerves. It is, in fact, an actual canal that runs through the roots of your tooth. Sometimes this tissue gets inflamed or infected, and must be cleaned in order to preserve the health of the rest of the tooth, as well as the surrounding gums and teeth.

This root canal treatment, often referred to simply as a root canal, is actually very similar to a regular cavity cleaning. The only real difference is the location of the problem.

Because the infection is in the root, rather than the crown, a long, thin, flexible tool is needed to clean out all of the damaged tissue. Once this has happened, the clean space is filled with a soft, biocompatible material and then capped with a custom-crafted dental crown.

That really is all there is to it. 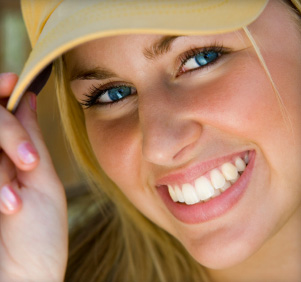 Why Should I Get a Root Canal?

There is a lot of fear around the root canal procedure. Let us relieve some of your worries by talking about exactly how it can benefit you.

The first reason to have a root canal procedure is to get rid of pain. The sort of tooth infection associated with root canals happens in an area with a lot of nerves. The inflammation of these nerves can sometimes be very severe.

Cleaning out that inflammation is the fastest, most effective, and most long-lasting way to stop that pain. You deserve to live life without experiencing agony with each bite or temperature change.

Another great reason to get this procedure done sooner rather than later is that root canals stop the inflammation from spreading.

Treating one small cavity now is better and easier than treating several large cavities later. In the same vein, taking care of one inflamed tooth infection now with a root canal procedure is much better than allowing the problem to spread to multiple parts of your mouth.

Talk to Us About Root Canals

Root canal infections can cause severe pain and inflammation. Don’t live with that pain. Call us now to ask any questions you might have about root canal treatments, or to set up an appointment for our extended weekend hours.

HOW IT WORKSNote: Mobile message and data rates from your cell phone carrier may apply.

NagiosCheckValue - Do not remove please